The path to success: How a seamless software solution helps PRISMA put our users first

In all organisations that aspire to be customer-centric, a good indicator that you’re succeeding is if your users are happy, yet spend almost no time thinking about the work that goes into making them happy. In this blog post, Tom Köckeritz, Head of Customer Success at PRISMA, draws back the curtain to reveal how a software solution has made our behind-the-scenes work run more smoothly than ever - leaving our users to reap the benefits. 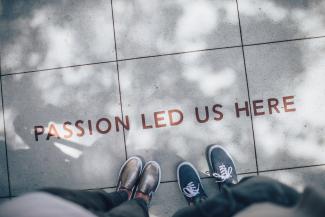 The path to success: How a seamless software solution helps PRISMA put our users first

In the world of business, the ‘duck’ analogy - in which a duck appears to be gliding effortlessly across the pond, but is in fact paddling furiously under the surface – has traditionally been an accurate reflection of the dynamic between your typical company and its customers.

But what if this analogous duck was able to cross the water calmly and efficiently with significantly less underwater exertion?

As Head of Customer Success at PRISMA, the latter is the comparison I would make with our company’s evolution in recent years. And the building blocks for our journey has been a full-service software solution that’s had a transformative impact on our internal CS operations and, in turn, on our users…

Let’s take you back about half-a-decade to a time we might call BF (“Before Freshworks”)...

Successful customers have always been important to companies, but traditionally that job has been passed off to customer support. Yet customer support has always had its limits. Typically, these front-line people often see the same root cause surface again and again and again. They can solve the individual problem, but will very rarely have the resources to find a systemic fix. That’s where customer success starts to come in.

In the early days of a start-up, the focus tends to be on customer support, and it’s a time when corners are – by necessity – cut. You may not have time to closely monitor product usage metrics, or to check in periodically to listen to your customer. As a result, you miss invaluable product feedback, as well as the chance to understand and document use cases.

But as we discovered at PRISMA, when a small company grows, what your customers expect from you soon starts to change and the volume of their requests changes with it. Inevitably, at some point you’ll need to shift from a reactive mode of supporting requests as they happen to a proactive mode of fixing issues before they ever become a problem.

Around five years ago, both the number of users and employees at PRISMA had increased to a point where we knew it was necessary to transition to a more proactive model. Until that time, our customer support had been outsourced to an external provider who didn’t have the opportunity to meet, connect and build a meaningful relationship with our users.

Until this point, our customers would raise a problem, we’d find a solution, and that would invariably be the end of the story. We knew we needed a more holistic approach that followed the principles of modern, stream-lined Customer Success by proactively thinking about a customer’s product adoption, satisfaction, and outcomes.

Our search for a new software solution to help us achieve this took into consideration a number of factors. Initially, we looked into the tool used by our existing service provider, but it was quickly determined that it would be inadequate for our workflows and practices.

Fundamentally, the brief was to find a solution whose scope would allow us to upscale as and when we needed. We were, after all, at the beginning of our Customer Success journey in terms of the size of our CS team and were keen to start small, but with the potential to grow fast.

We decided that software company Freshworks offered the only licensing model that fitted our broad requirements. Unlike other solutions, you could begin with as few as one agent and then add new agents as you go along.

After lengthy discussion within our organisation, we decided we were confident that the scope of Freshworks’ services would allow us to drive the customer experience forward and ensure a successful path into the future.

At PRISMA, there are two different aspects of customer support: live support, which involves customers performing tasks on a live system; and testing support, which involves customers testing out features and providing feedback. When it came to the latter, users would previously send their feedback by email to a single dedicated address. For a time, this system was adequate, but as our community of testers began to grow, managing the volume of feedback being sent to a single email inbox became unsustainable.

The fact that our fix for this dilemma was to colour code emails to help our customer support team know which ones were relevant to them speaks volumes about our need to modernise the way we did things.

Fast forward to today. Among Freshworks’ internal tools is Freshdesk, a dedicated support portal which combines each of your products, and lets you manage all customer conversations in a unified location. As a much-needed alternative to colour coding, Freshdesk allows you to create and individually categorise different projects, making them much easier for the relevant team member to find and respond to.

It’s the perfect example of how Freshworks has allowed us to consolidate information in a way that improves the efficiency of what was previously a cumbersome and time-consuming task.

Other features with internal benefits include… 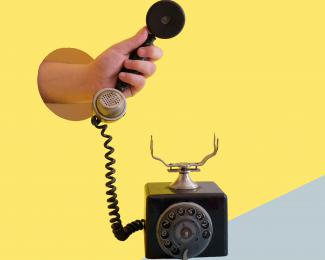 Another feature of the support portal is its phone support, which lets you create tickets directly from a phone conversation. You can view the activity timelines so you know when the customer called and any tickets they opened, so you can essentially connect all information in one tool.

The tool allows us to track whether or not we’re hitting our Service Level Agreements (SLAs) thresholds. For example, in the case of an emergency, did we manage to respond within an hour or two hours? Then when it comes to meeting with the shareholders, we can report back with confidence that our response time was within the parameters set in the SLA.

Integrated with other teams

Freshworks is also well integrated with the rest of the company and many people in other departments also have a Freshdesk account that allows us to send them tickets directly. For example, there’s a recently created role within Freshdesk called “collaborator” for people who aren’t support agents. So if we have a question for, say, our legal team, we can just send the link to the relevant person. They don’t have permission to answer the customer, but they can feed us information on a certain topic with a private comment on the ticket that the customer cannot see, but without having to pay a license fee as a fully-fledged agent.

And benefits for users, too…

Tracking your own tickets

Users can track the status of their own tickets and return to previous ones they’d sent. This means they can retrace requests they made a year or two ago and view the outcome, potentially avoiding the need to make the same request again. And after a user has contacted us via the support portal, whether it’s by phone or mail, they’ll receive an email with a summary of the communication so they have it in their archive.

An important feature of the Freshdesk Contact Center is the Interactive Voice Response (IVR) which lets us set up automated voice messages. Previously, if a user called us at, say, 7am, they’d be waiting for an hour-and-a-half before someone answered because it would fall out of business hours. The IVR, however, means that whenever someone calls – for anything from a routine request through to an emergency – they are given an automated indication over the possible timeframe for receiving a response.

Building on our values 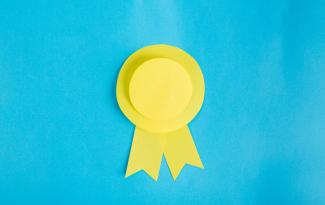 So far this blog has focussed on the practical advantages that Freshworks has brought to PRISMA and it users, but one of the main drivers for our decision to adopt the software was its ability to help us build on our wider values and principles as a company.

Among them is our commitment to transparency and openness. With users given far greater access to the knowledge base and documentation than previously, Freshworks acts almost as a self-help service. Whereas previously such information was accessible only on demand for specific user groups, now all users have the same direct access, which has the effect of enhancing transparency.

Additionally, by being directly connected to the ticket system, Freshworks’ Contact Center has reduced our agents’ workload and made it easier and more intuitive for them to maintain conversations with users on every available channel, by, for example, converting the call into a ticket.

In short, Freshworks allows us to put our users first. Because if the technical side looks after itself, that frees up bandwidth to focus on the people who use and rely upon our products and services day in, day out.

Of course, the proof is in the pudding, and while the outcomes of an effective Customer Success programme can be hard to measure, there remain a number of quantifiable metrics that we can point to as evidence of its success. One such metric is our customer satisfaction score, which is based on customer feedback on our service when we’ve closed a ticket. For this we average an overall satisfaction rating of more than 90%. Compared with the scores recorded when everything was handled by an outside service provider, this is a huge improvement.

Looking to the future

So what next for PRISMA’s Customer Success? In terms of Freshworks, there certainly remains untapped potential in the sense that there are features on offer that we may want to adopt in the future. For example, they currently offer a feature that lets you send a customer an easy-to-fill-out form after they’ve opened a ticket. Currently, when a customer sends us a request, there’s no limit to how much information they can include, often making it time-consuming for an agent to wade through. By sending them a form with specific fields to fill in, we can help ensure their answers don’t stray too far from what is relevant or important to us.

Then there’s the well-documented fact that the energy market itself is undergoing significant change, and some of the changes we anticipate are likely to mean that our customer base continues to grow.

Just as the growth of our company led to us adopting Freshworks in the first place, the growth we anticipate in the not-too-distant future will also have to be matched by the kind of proactive, innovative thinking that we’ve shown in the evolution of our Customer Success. This could simply mean hiring more staff, or a logistical move to something like a 24/7 shift system to tackle the increase in demand from our burgeoning user community.

But whatever challenges we may face, we’re confident that Freshworks – which has served us so well until now – will continue to be an invaluable tool in helping us put our users first.

Those of us immersed in the gas business know that while the rest of the world sleeps, gas continues to flow through